It is possible to limit user's access to certain app features, and it should be done by assigning a user role to each invited user. This role can later be changed if needed.

User management page can be accessed by going to the Settings menu and then by clicking on the User Management link.

A user role should be assigned to a user and defines the set of permissions, i.e. things that the user can do/have access to in the app. Currently, we support 5 different user roles:

Detailed information about user roles and their permissions can be found on the User Roles tab.

Any user role can invite a new user or users. However, the following constraints exist:

To invite a user you can use the following form located on the Users tab:

This feature is only available to the Account Owner and Admin users.

To remove an existing user click on the respective icon next to that user in the list:

This feature is only available to the Account Owner and Admin users.

To change the role for an existing user click on the respective icon next to that user in the list and then select a new role:

Please note: you cannot change the role for users who have not yet accepted the invitation.

As the Account Owner you can transfer your ownership to another user. To do that, go to the Users tab and click on the arrow icon next to your name:

You will then have to select the user you would like to transfer you Account Ownership to, as well as your new user role: 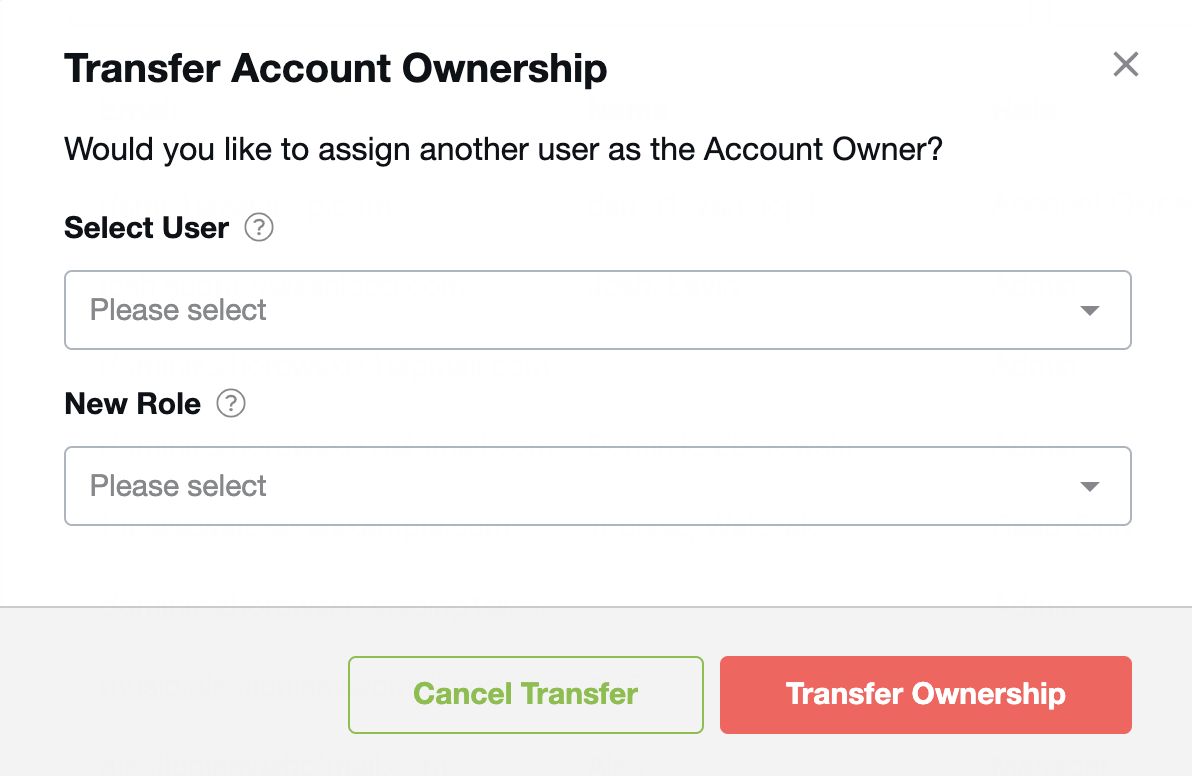 The new Account Owner will be notified of this on the next login.